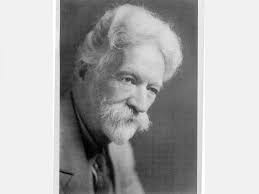 George Foster Peabody (1852-1938) was born in Georgia, rose from obscurity to business and railroad magnate, pioneer in industry, philanthropist, humanitarian and activist.  He made a fortune investing in electric lighting and railroads.  His business association with Spencer Trask of Saratoga Springs brought him to upstate New York.  Peabody had a home in Warm Springs, Georgia, and he purchased a summer home on Lake George called ‘Abenia’ where he spent most of his time.

He also spent time at Yaddo in Saratoga Springs with the Trask family.  After the death of his friend and business partner, Spencer Trask, Peabody married Katrina Trask and moved in to Yaddo.  After Katrina’s death in 1922, Yaddo became a retreat for artists and remains so today.

George F. Peabody ‘retired’ early in the 20th century so he could spend his time in public service.  He was a philanthropist and social causes were important to him.  He was active in the anti-war movement and interested in education, especially for African-Americans.  Women’s suffrage was very important to him as well.  He wrote the following ‘editorial’ that appeared in several newspapers: 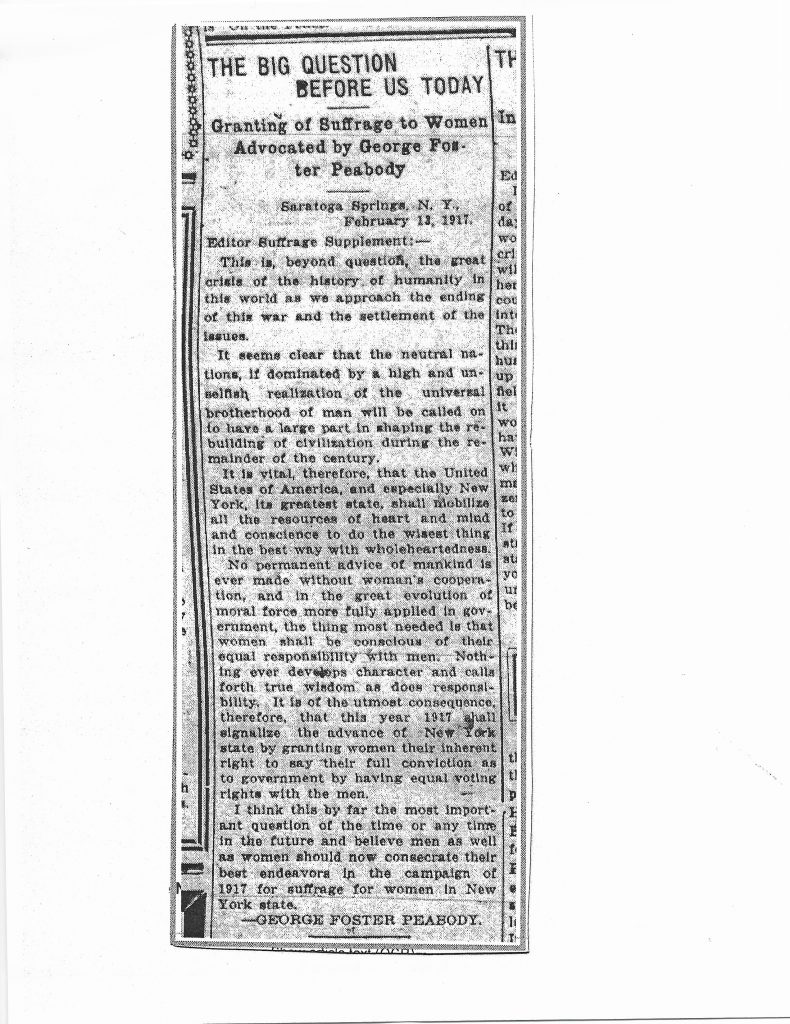