The Sisters of St. Joseph, who started St. Mary’s School and taught there for many years, first came to Glens Falls before January1883 to open the grammar school.  The first school was on Church Street behind the current church.  Six nuns from the order Sisters of St. Joseph of Carondelet came to Glens Falls from the Provincial House in South Troy.

The new school began classes on January 29, 1883 with six nuns and approximately 300 children.  Within two years enrollment was up to 545 students.  In 1895, a new high school building and convent were built on Church Street.  This convent was located at 5 Church Street next to the grammar school. 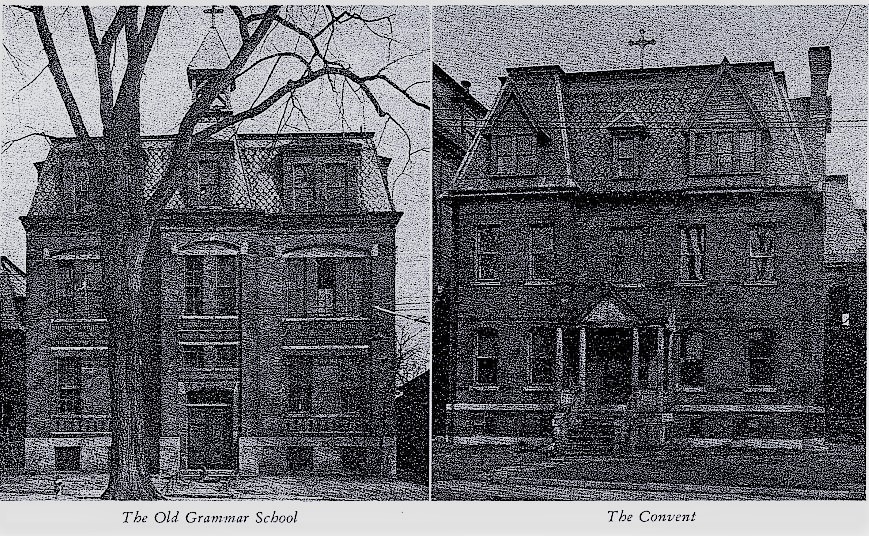 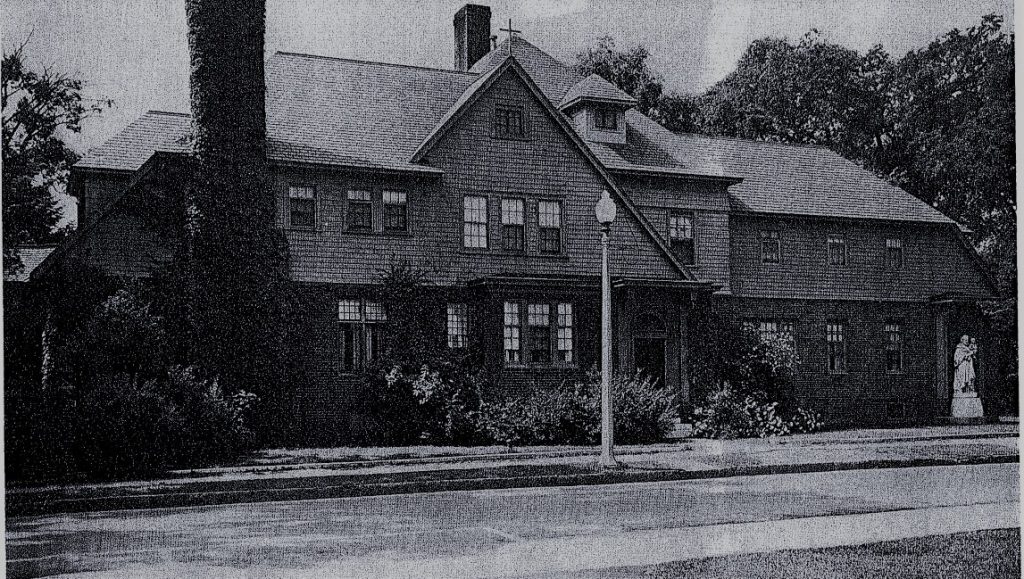 In 1941, the parish purchased the Bowden-Cunningham residence at 31 Maple Street.  After extensive renovations were made, the convent moved into their new home in 1944.  The nuns were moved down the street to 31 Maple Street, the home of Margaret Bowden.  She was the widow of Hugh A. Bowden.  The Bowden fortune was made in the lumber industry. 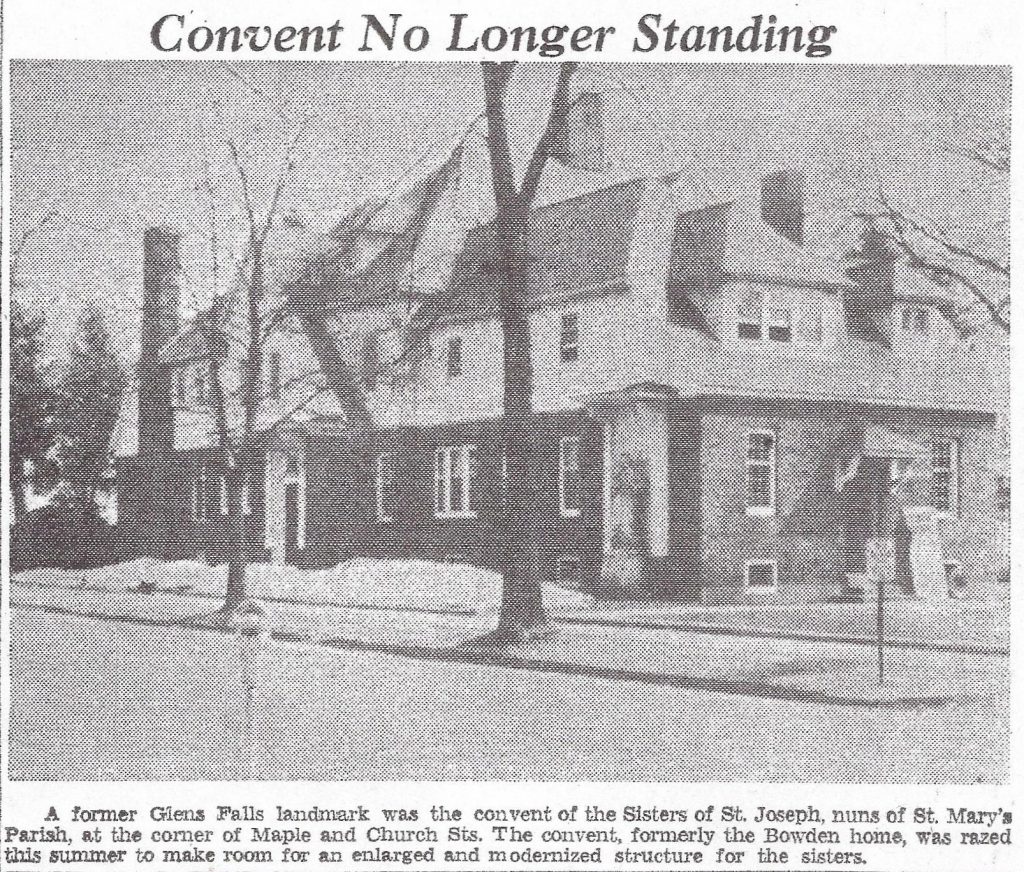 That beautiful home served the convent for over 20 years.  In the mid-1960s, it was razed and a new convent was erected on the site for the Sisters.  This gave us the building that stands today at the corner of Church and Maple Streets.  With the increase in lay teachers at the school and fewer nuns, for several years the building wasn’t been used as a convent.  It was sold and was developed into luxury apartments. 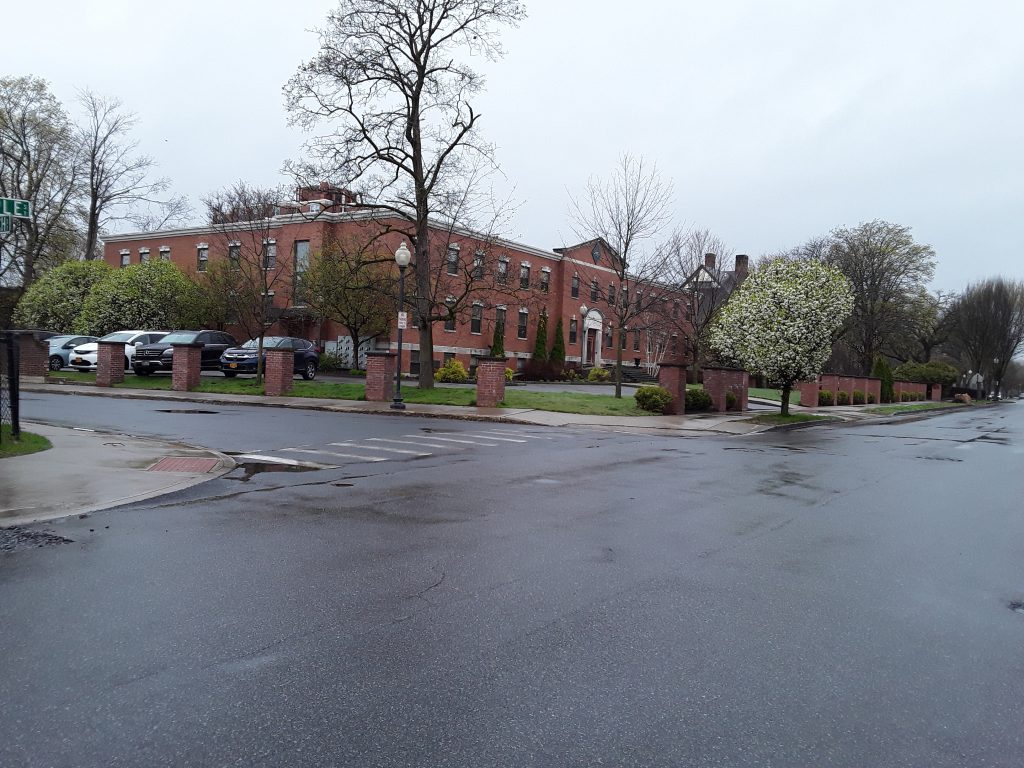 Photos:  from The History of St. Mary’s Parish, The Post Star, and Warren County Historical Society