A Little Bit of History

The history scrapbook is in good condition.  Many of the articles come from the centennial edition of  The Post Star. Clippings are generally well trimmed and pasted in the book with careful thought.

In the second book, the person  was not as careful when clipping and pasting.  Some of the articles include specific dates, most do not.  The pieces were glued in the scrapbook in no particular order.  The second scrapbook does include many obituaries.

Our first column of the new year takes a look back at the ‘important’ news 1930s as seen through the scrapbooker’s eyes.  This column includes some of the interesting items we found. 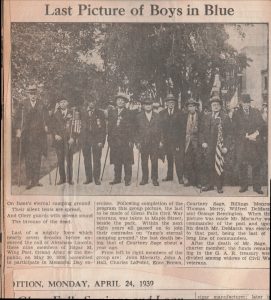 The Grand Army of the Republic (GAR) was an organization for former Union soldiers. 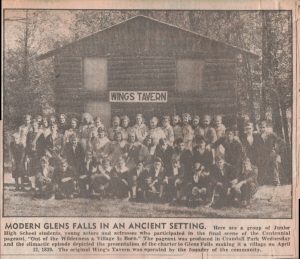 Celebrating the centennial – some of the participants could possibly still be around.  Wings Tavern was not still around.  This is a set for the celelbration. 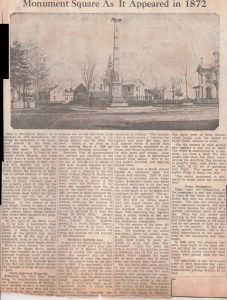 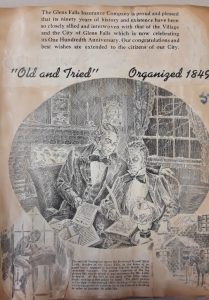 Glens Falls Insurance Company was an important part of business in Glens Falls. 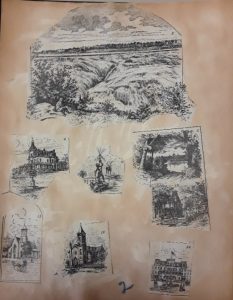 A simple collage made from newspaper pictures. 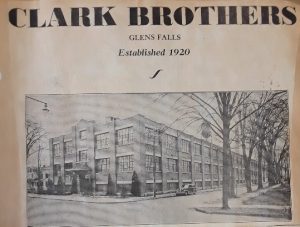 You should recognize this building on Elm Street.  It was know as the Clark Brothers Glove factory.  They produced fine silk gloves and other silk and rayon pieces.