In 2007 the Society received a donation of an archaeological survey done in the eastern part of Queensbury, New York by the Louis Berger Group, Inc. in preparation for development of an industrial site.

The 2005 survey found limited evidence of Native American occupation that would warrant an extensive survey. There appeared to be some charcoal as evidence of itinerant camp fires.

But the survey did document Native American presence in the area dating back to 2500 BC. 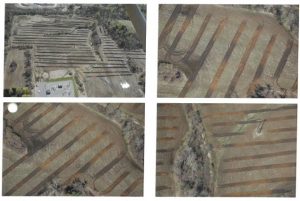 The first step in the archaeological survey was to plow a pattern in the field which was to be developed. Aerial photos of the site document this activity.

Archaeological staff would then walk the field noting and possible archaeological evidence and areas of concentration.

Test holes and trenches would then be dug in these areas. Artifacts were carefully mapped and catalogued. 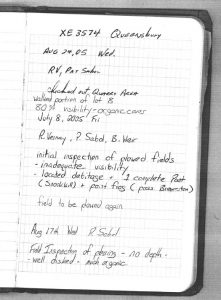 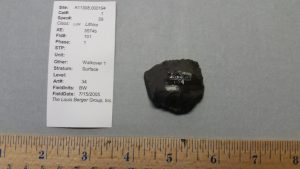 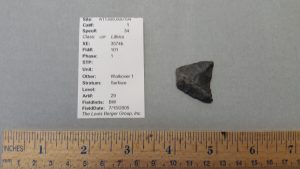 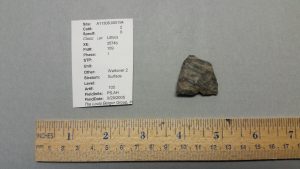 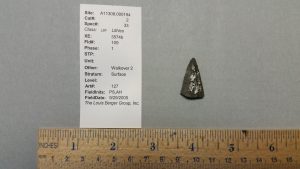 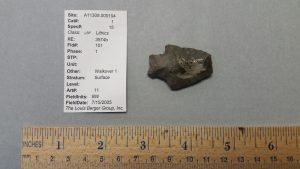 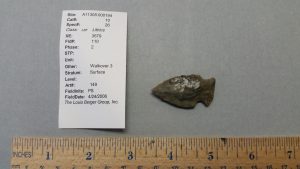 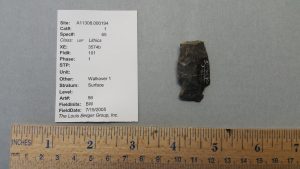 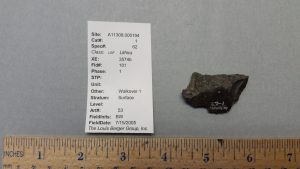